Are You Trying To Change Who You Are? 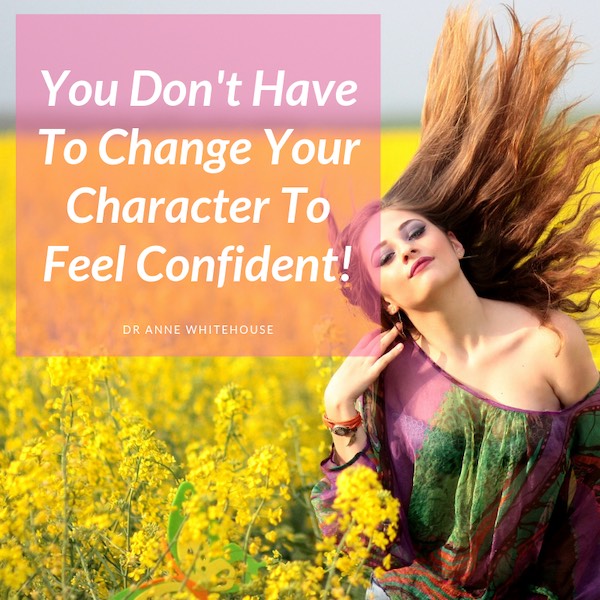 I used to think that confidence, self-assuredness and all that indefinable ease were something you had to be born with. Some women were just blessed with out-going characters and had no problem allowing themselves to stand out and get noticed.

How many times did I attempt to do something and either have to screw my courage up, making it into a terrible ordeal, or simply find I just couldn’t do it all?

How many times did I beat myself up, feeling so inadequate and a complete failure?

It was so frustrating to see people I knew were less able than me, effortlessly speaking up and promoting themselves. I knew I was more than good enough – in theory – to do the actual task. Unfortunately I believed that I lacked the secret sauce and could never get it because it wasn’t in my character.

If that were the case for women like me, we’d be doomed to staying unnoticed, stressed, anxious and not fulfilling our potential for our entire life. What a waste that would be…for us and for the world!

Well, here I am today, being far more visible and far more confident than I ever believed possible. Certainly, back then, I believed absolutely that I would have to change who I was on the deepest level in order to succeed. I believed that the only women who could find that ease were extroverts or warrior women. I could not be further from either of these!  I was sensitive, quiet and feminine, and indeed I still am. I sometimes attempted to squeeze myself into another mould, but the fit was so poor that I just couldn’t function.

Simple – I finally worked out what was missing. It wasn’t anything to do with my character. The problem was that I didn’t have the power. My conditioning, my programming, and the default power dynamic I had acquired meant that I gave my power away.

When I learnt to change this power dynamic, and retrain my mind and body to pull back my power, everything began to change.

If you are trying to change who you are in order to get success, credibility or promote yourself  you’re actually undermining your happiness and your wellbeing. The only way to really succeed is to be yourself – but yourself with a strong power foundation.

When you have that foundation, your mind and body feel secure, they feel safe, stress goes down, anxiety goes down, and that’s when you find your voice, your presence and your success.