Does this sound familiar?  Subconscious beliefs are what block you from creating the life you truly desire.Change your beliefs, change your reality.   Right?

I remember my excitement  – ooh about 20 years ago – when I first met the idea.  I thought I’d found the promised land!  A way of getting rid of cause of my stress, imposer syndrome (well we didn’t call it that back then, but that’s what it was),  low self-confidence.   A way of blasting through that invisible, indefinable block inside that just stopped me from truly shining and kept me holding back.

I thought back then that changing my limiting subconscious beliefs was the key to everything.

At the time, I’d spiralled into a spectacular burnout and I already knew it was the way I reacted to life that was the problem.  I thought that once I’d dug into my subconscious and vacuumed up all those pesky beliefs, everything would change for me.  So I started training and rapidly reached teacher standard in a number of modalities, while I focused every possible moment to changing that programming.

I believed I had the magic tool that could clear any block, release any fear, open up all possibilities, and that I could now create the future I wanted – all the impact, the financial security, the wellbeing, the love, the success. Well – everything!

I must have changed millions of beliefs in the following decade.

BUT as the years went by, I began to realise it wasn’t all I had hoped.

Other women I had trained with, had followed similar paths, but although they too had evolved, the big issues in their lives still hadn’t really changed either.

The more I looked at it, the more I realised that something ENORMOUS was missing from the equation. We were shifting, moving forwards, reprogramming and aligning, those big leaps were still not showing up in our lives.

For me, I still had that awful deep anxiety.  I would still feel that pang of fear in my stomach when I needed to phone someone, when an email landed in my inbox about work, when I had to speak up in a zoom meeting,  when I needed to discuss money with someone.

That next level of expansion in my visibility, impact and leadership remained elusive

Although my beliefs now tested clear – I could have it, it was possible, safe, allowed, etc – there was a huge invisible wall between me and where I wanted to be.  My deep knee-jerk reaction was one of fear. Yes, fear.  For no obvious reason.

It seemed so ridiculous, but there it was.

So, I applied myself, and began asking completely different questions from that engineering point of view.

What does a system need to change from one state of being to another?   It needs more than just the possibility of being in that new state!

It needs power to do the work of the change.  It needs enough energy to make the change in frequency, getting over the system’s inertia.  It needs the stability to hold that new state.  It needed its calibration to align with the new state, not the old.

Ok so that may not mean much to you, but what if I were to say this:

Let’s call you, ‘the system’  and you start in ‘state A’ (can’t command the income you deserve)  and you want to get to ‘state B’ (easily attracting that income).

You lack the ability to get from A to B – not because you aren’t good enough, but because you lack the foundational energy state required to get you there.   That foundation is the the money foundation you have inherited from your female ancestors.  They basically didn’t have money power, and that is your legacy.  Yours and mine and every other woman.   You’re good enough and entitled to have what you want, but you’re running on empty, so you getting there is a struggle yourself there!

Oh My Goodness!  The light had dawned.

21st century women might BELIEVE in our rights, entitlements and empowerment, but the energy state that makes it easy to manifest and maintain these things in our life is missing still.  Fundamentally missing.   Why?  Because the legacy of history has deprived us of these things.

A belief in our rights isn’t enough.  We need an energetic power foundation to support what we want.

So I started experimenting with renewed enthusiasm.  I needed to create the energetic ability to hold those powers that used to be forbidden to women.  I needed to teach my energetic system to hold and maintain new frequencies it had never felt before.

Imagine all the things you want in life – success, education, opportunity, money, love, family, freedom, happiness, health, career etc. are eggs.  You need to hold the eggs in the energetic basket of your life.  You want 10,000 eggs, but unfortunately the size of your basket is defined by the legacy of the past –  your power legacy, your heritage, your background.

There’s no way you can hold 10,000 eggs in a small basket.  You’ll end up dropping most of them, and juggling the rest. It’s exhausting and you just can’t do it.

You need a MUCH BIGGER BASKET!  Then you can hold the reality of what you are entitled to.

As 21st century women, we are entitled to the 10,000 eggs, but our baskets haven’t updated to that – they are just too small because w are still being affected by our disempowered past.

I don’t know about you, but I certainly wasn’t prepared to wait the decades for things to update properly.  So I worked out how we can compensate for this – here and now!  And after experimenting, pushing the boundaries of what was considered possible, I did it.

So are you curious what happened when I gave myself that missing foundation?

EVERYTHING CHANGED.  It started feeling safe and natural to speak up, stand out, and get noticed, as myself (no need to fake it to make it).  I found myself naturally stepping into that next level of impact and leadership.  I found myself discussing money, and owning the value of what I was offering – something I had never felt relaxed about before.   Those invisible walls just came down.

I finally felt the entitlement and equality that before I’d only had in theory.

It’s not about changing our subconscious beliefs.  Instead, when we go deeper and create a true power foundation, those beliefs just evaporate and that’s when we can manifest the things we desire and deserve.

It was a new world!

If you want to hold these true powers in your life, there are two ways we can work together.

1. Join my free Facebook group, Secret Sorceress, exclusively for ambitious visionary women who are ready to hold real power in their lives and in the world.

This is for you if you are ready to free yourself from holding back, playing it small, not feeling confident about your value, and instead are ready to own your brilliance, your genius and GET NOTICED out in the world.

2. Get on the waiting list for my game-changing programme Female Power Voice
This is where you’ll learn to change the power dynamic between you and the world, in all those Achilles Heel situations that used to drain your power, your voice, your confidence and your authority.  If you’re ready to hold real power around success (not just the belief in it!) then I invite you to apply.  Just click on the link below to get on the waiting list.
Join the Female Power Voice waiting list 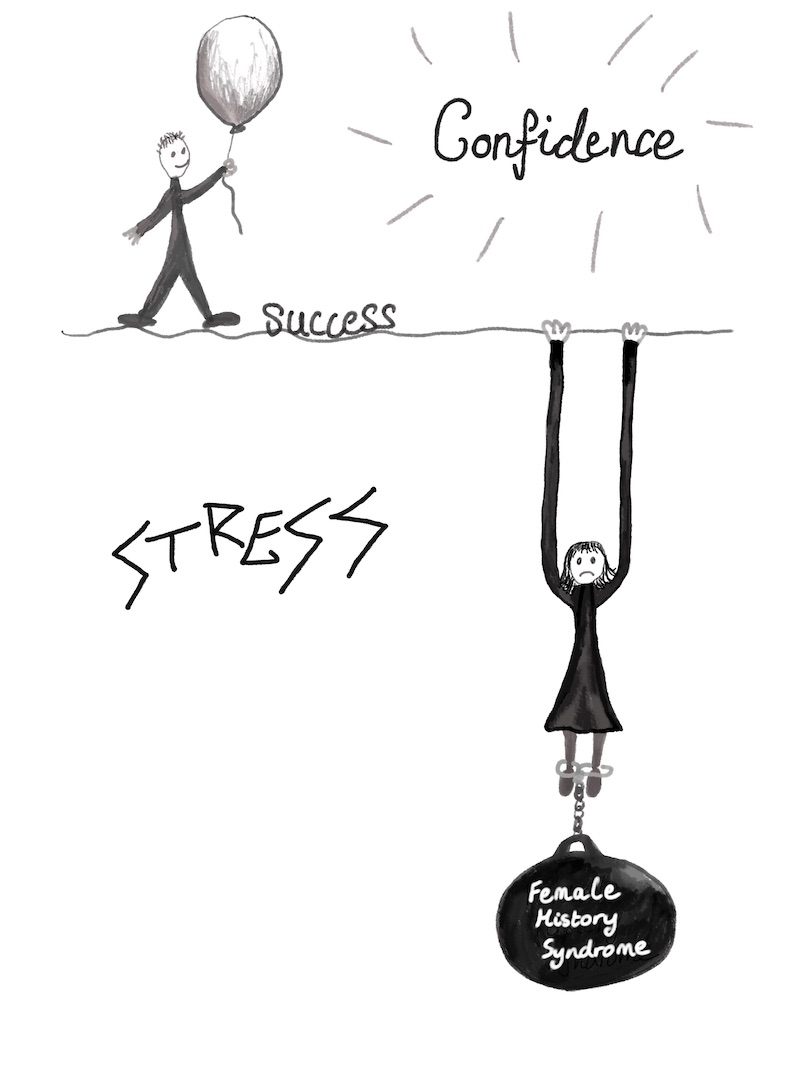