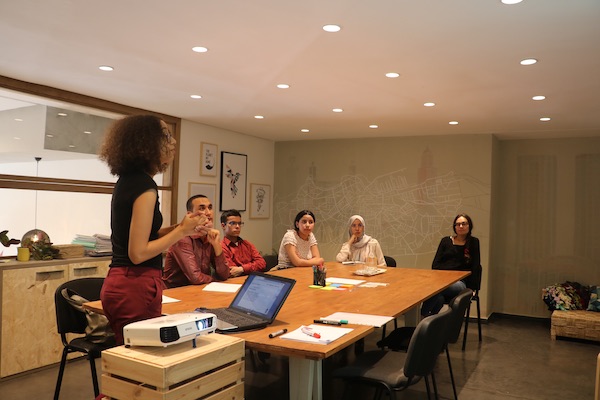 Many people feel that lacking confidence is something to be ashamed of!  They believe the world thinks it means they are inadequate in some way. That this makes them intrinsically less than those who blithely push themselves forwards with ease.

Indeed, the world holds this image of a mousey little woman, keeping her head down, not achieving anything, behaving like a doormat! She’s weak. She’s disregarded. She’s certainly not empowered. She’s the opposite of what we aspire to be. The opposite of what a powerful, 21st century inspirational woman should be.

If you have this image lurking in the back of your mind, let me disillusion you right now!

Reality could not be further from the truth!

She is the woman who is breaking into new territory in her life.  She’s the woman who has just got a promotion and is now leading a team.  Or she’s the only woman on the Board with 10 ‘old school’ men. Maybe she’s putting herself out there online to launch her business, opening herself to criticism, scrutiny and social media trolls.

She’s the passionate politician being heckled about her appearance while she’s trying to create something good in the world. She’s stepping into more visibility, authority and leadership as she writes her book, launches her podcast, or presents her Facebook lives.

She’s the expert standing up in front of hundreds of other experts at the conference.  She’s the woman who finds herself unexpectedly single, with three children, and now has to be the breadwinner.

These are what real women look like who lack confidence!

To the world, these women look very far from mousey and weak. They’ve all achieved great things. Stepped out of their comfort zone. Gone up against the patriarchal status quo and broken boundaries. We respect them, admire them, aspire to be as strong as them!

At a casual glance, we assume that these women have totally got it together. They are the epitome of feminine confidence.

But what’s happening under the surface can tell a very different story!

They often feel not good enough. Their competent facades hide something the world does not see…

Speaking up in that meeting can feel like the ordeal from hell.

Being so visible online can trigger really deep anxiety of being attacked.

Holding her own against a room of dismissive or aggressive individuals (often men) is a never-ending battle that leaves her exhausted, frustrated, and often humiliated. She often feel invisible, despite her position, and despite the fact that others think of her as empowered and assertive.

Going into work can feel like going to her execution if that office is toxic. For each time she manages to speak up authoritatively, how many times did she sit there unable to open her mouth at all, while more domineering individuals just talk over her, or take her ideas as their own?

Or she put in a huge amount of work on a project, only to hold back at the last hurdle, because it just feels too darned dangerous to be seen as that powerful to the world.

The anticipation of the backlash can destroy her pleasure in her achievements, and turns her career experience into series of ordeals to be survived.

This hidden struggle is one that will be familiar to many women, in many professions. It’s certainly one that was very familiar to me in my academic career in engineering, and one I hear week in, week out from my clients, decades later.

Sadly, these things are not rare. They are very typical indeed.

What’s more, the further a woman goes up the ladder of success – the more she achieves – the worse this is likely to get.

They put on a great facade for the world, but they live with that inner battle every single day.

And it’s got absolutely nothing to do with their competence or abilities.  But they don’t know this, and often criticise themselves, which just makes things worse.

“I shouldn’t be reacting like this, I should be more assertive, more confident, more powerful.”

Or maybe they go down the path of “This is just what women have to deal with in the world.”

Either way, they continue to suffer and battle and push themselves.

Now, the truth of what’s going on might surprise you. There’s actually something completely different going on. All this stems from one thing, and one thing only.

The world is set up to drain women’s power. When I say this, I’m not talking figuratively. I mean literally.

When you are standing in that meeting room, and you feel the rug pulled out from under you, or you receive a nasty comment on your social media and it feels like a stab in the guts, or you just can’t open your mouth and get the ball back when you’ve been interrupted, there’s actually an energetic process going on. Your power is being drained to those around you, this makes us feel deeply unsafe, and it sends us into a fight or flight. Once you’re in fight or flight, you are playing catch-up. Pure and simple. Once your power has been drained you are at an energetic disadvantage. This is a phenomenon I have researched and analysed in hundreds of individuals over many careers and years. It’s indeed happening.

The key feeling truly confident in these situations isn’t about changing who you are. It’s nothing to do with your character. It’s not about being loud, or extrovert, or emulating the behaviour of an aggressive man. No indeed! The key is to learn how to stop that power drain in its tracks, and hold your power unshakeably, no matter what the world throws at you, and no matter who is in the room!

This is something that you can learn, if you have the key, something I can teach you.

When we have the ability to stop that power drain, and magnify our power in situations that used to undermine us, we FEEL DIFFERENT. It becomes possible to feel safe, speaking up, being ourselves, and being seen to be powerful.

That highly competent woman in that corporate career, battling through lack of confidence, only needs the right power training to feel completely different, and project a new energy to those around her.

The introvert woman who hasn’t yet got the promotions she deserves because she hasn’t been ‘loud and in your face’ just needs to magnify her power to change that.

The author who is afraid to get on that podcast, because she gets all tongue-tied, just needs to re-programme that power dynamic to have her words flow, even when she’s ‘in the hot-seat’.

So, let me leave you with this truth. The next time you feel a pang of anxiety, or you hold back instead of stepping up, or you find you just can’t speak up in that meeting…there’s nothing wrong with you at all. Your power has been drained, and you’re running on empty. That’s why you feel this way.

The fact that you are doing it at all under these power drain circumstances, is the proof of your abilities, dedication, determination, and strength. It’s certainly nothing to be ashamed of!

If these are skills you’d like to learn, my new training “40 Days to Double Your Confidence in the Spotlight” will teach you to hold your power, when all eyes are on you, and feel confident and safe being seen and heard as a powerful woman. CLICK HERE if you want these skills now. 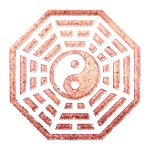